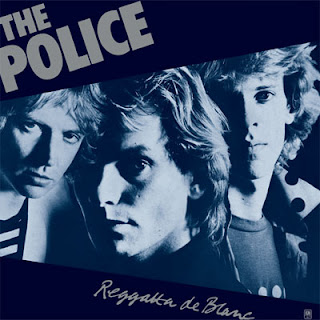 This album is also know as one of the only two cassettes in my car for a long time (the other was Never Mind the Bollocks Here's the Sex Pistols). The hits on it are Message in a Bottle and Walking on the Moon, however I think the real highlight of the album is actually On Any Other Day. The song tells the tale of a middle aged husband/father who has all this shit happen to him on a one day.

As a whole I enjoy the album (I've heard it enough). I think that they have a few songs that drag on too long (Message in a Bottle and Walking on the Moon I'm talking to you) but the album still stays strong despite that.

So only three months behind the times on this one, but better late than never right? Right?! RIGHT?! Ahh, it's ok, calm down guys, I forgive ya.

The Police are good. That's about all I'm willing to say. They have some nice sounding songs, plenty of  'em on this album. But I just never find myself thinking "Man, I really want to listen to some Police right now!"  I just don't think they are too memorable or ( a few obvious songs aside) iconic, All of that goes for this album as well