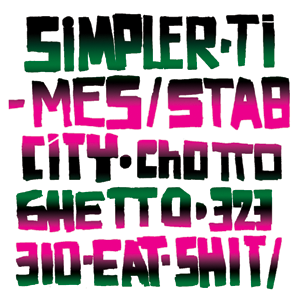 This is a Quote Unquote Records album. AKA it is free. As a whole it's pretty okay. I had high hopes that Master Blaster was a reference to Blaster Master, the NES game. I'm pretty sure it's not. Chotto Ghetto has a hardcore sound sans screaming. Which i think is a plus for me, I like yelling more anyways. Stab City's singer reminds me of The Hives a bit. 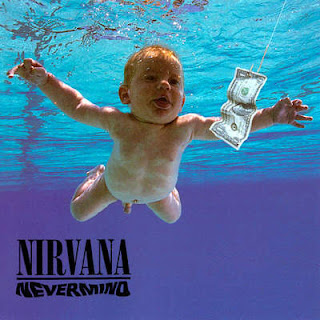 You know upon another listen I think I like the idea of Nirvana better than Nirvana sometimes. While I'm able to sing along to almost all of the songs (who hasn't heard Smells Like Team Spirit a billion times) I guess I just wasn't into it today.

Stuckski:
As opposed to the live version MTV version we reviewed earlier, I'm okay with Nevermind. Shocking, no? Something in the Way, Polly and Breed are the highlights for me. The rest of the album is in a similar style, but tends to be fairly boring. I think of Nirvana as one of those bands that spearheaded something relatively new, and as such they are important...but they're really not that great (my opinion obviously, not fact)